The Duck and the Eagle: An Unlikely Friendship 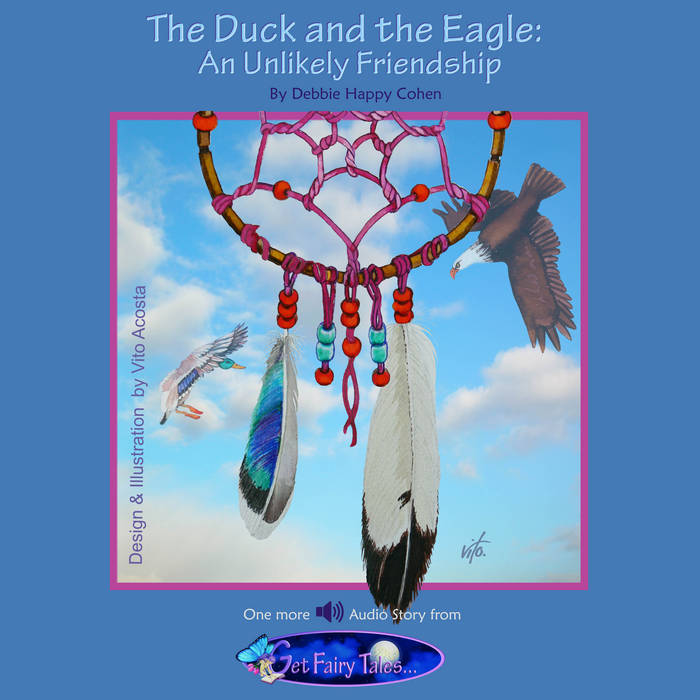 Being true to yourself can be risky business. But having the courage to follow your heart may pleasantly surprise you.

A long time ago, there lived a duck named Sam.

Now, Sam was no ordinary duck, because he thought he was an eagle! And so he was always trying to fly higher and faster than any of the other ducks.

This actually made his mom and dad rather sad and even somewhat angry and frustrated, because Sam’s behavior made them look not only like freaks – but at times, it also put them in danger.

They would remind him, “Sam, ducks just aren’t supposed to fly so fast or so high up in the air! Our bodies aren’t meant to do that! You could get hurt and you could crash into one of us! You must slow down and stay with the rest of us!”

Sam tried to do what he was told. He really did. He would slow down and glide lower and fly along with everyone else. . . for a little while, but then it was as though something inside of him would speed him up and nudge him into climbing higher and going faster. And before Sam knew it, all of the ducks were quacking and squawking at him again. “Slow down, Sam, come back down here, come back down NOW!”

One day, a kind-hearted bald eagle known as “King David” watched Sam – eagles are very observant, you know – and there was something about Sam the Duck that made him want to keep watching.

press PLAY to listen to the rest of the story!