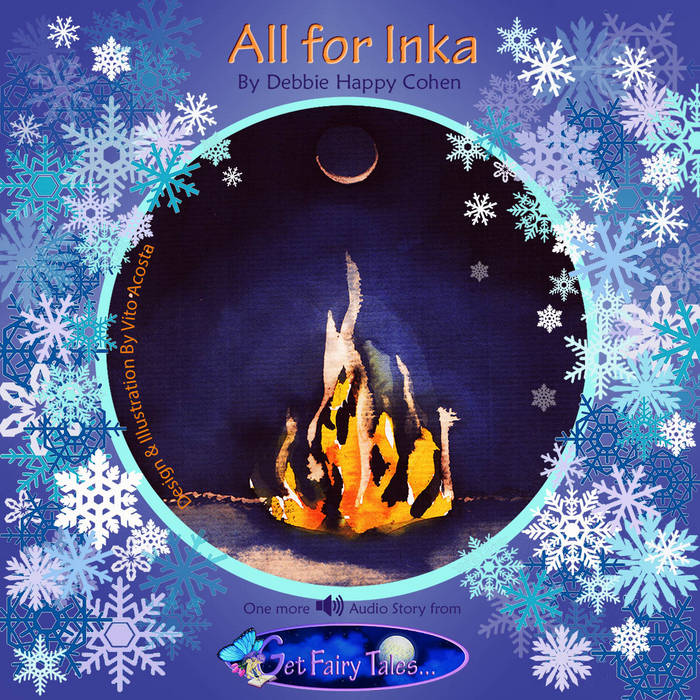 Once upon a time, there lived a very skinny Eskimo girl. Inka lived with her family in the deep woods of Northern Alaska.

She had plenty of food to eat, and for the most part her life was quite wonderful.

Inka had lots of friends and fun things to do, like play music and pick berries and dance and climb trees and race in canoes.

The problem she faced – every year – was w i n t e r. Brrrr! She didn’t even like saying the word because even on the hottest day of the year, just saying it would make her shiver. Brrrr!

For too many months in a row, Inka would stay put in her igloo and barely venture outside. She was so cold that all she wanted to do was stay under her fur blanket. With little amounts of sunshine and movement, Inka would get to feeling tired and down.

The old medicine man in the village named Naji, had seen this sort of thing before, but never had he seen someone NOT respond to any of his offerings. Herbs to stimulate her body, extra food like whale fat to help her gain weight, prayers, music . . . nothing seemed to work for this skinny little girl.

So, he inviteda bunch of her village friends to visit her, and it took them hours to get through the thick snow to her igloo. And though Inka smiled because she was glad to see them, she still felt very cold, and down, and sad.

This particular winter brought very heavy winds, and the blizzards seemed to never-end. Inka’s parents couldn’t wait for winter to be over, to see their daughter happy again, with the special sparkle that lit up her eyes. In the mean time they prayed, and played music, and fed Inka the herbs and fats Naji had brought her. They would take turns laying next to her and holding her, to be extra sure she was warm.

In their prayers, Inka’s mom and dad would say, “If I had it all my way…” and they would share their most heart-felt wishes with each other.

One day, after all three had stated their heart-felt desires, Inka’s dad came up with an idea. What if, just what if, he could build a fireplace in his igloo? No one had ever done that before, and Inka loved bonfires, so the light might give her a feeling of sunshine, in addition to warmth.

Inka and her mom liked the idea, so the next day, her dad walked slowly through the thick snow to ask for support from their village.

The day after that, 20 people were squeezed tightly into Inka’s igloo, to figure out together how to build a fireplace into an igloo, and to decide whether they could build one immediately, in the middle of w i n t e r (brrrr!).

The problem is that fire melts ice, and a hole in the igloo would let cold air in.

One boy, named Raul, who had spent the last few seasons playing with wet mud, dry mud and fire, shared that he had found a way of caking mud so that it would not be harmed by fire.