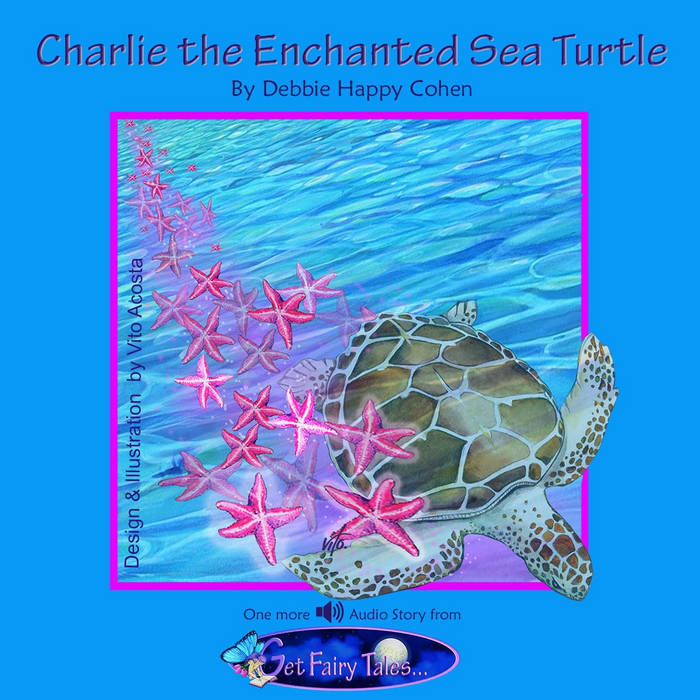 Once upon a time, there lived an enchanted sea turtle named Charlie. He was enchanted because everywhere he swam, sparkles trailed behind him. And depending on his mood, the sparkles he left behind would be a different color.

It was easy for everyone to see exactly what kind of a mood he was in. And for awhile, that was okay.

But a problem arose when a couple of older turtles at school—Fred and George—would sit in class and tease Charlie by causing him to feel different things . . . often at the same time!

One morning, Fred purposely dropped ink on top of Charlie’s paper, which caused Charlie to spurt out red sparkles of anger! At the same time, George started to tickle Charlie’s back foot, which made Charlie stream out white sparkles of laughter!

The rest of the kids in class loved the daily sparkle show, and of course, Fred and George would get into trouble . . . but that never stopped them.

Because he kept being picked on in class, Charlie began to feel scared, and fear surrounded him with dark violet sparkles. He didn’t understand why the other turtles weren’t being nice to him and he felt confused about what to do about it. His confusion caused Charlie to squirt out many different colors at the same time, which made them gray. And the worse he felt, the more muddled his colors became.

Soon, Charlie’s parents became concerned about him, but since he hadn’t told them about Fred and George picking on him at school, they had no idea how to help him. And at that point, it seemed no one did!

One day, when Charlie was on his way to school, an octopus raced past him, just over his head. As he looked up, he noticed the beautiful blue sky beyond the surface of the water, and he enjoyed the magnificent rainbow display of colors that starts every morning before the sun rises.

The sky overhead—even through the water—was so rich and radiant, that shiny white and brilliant lavender sparkles surrounded Charlie, as he basked in feelings of joy and deep appreciation.

And then – as if to put on a show just for him – a small grey cloud floated by. Charlie looked at it in wonder, and suddenly he had an “ah-ha!” Charlie even exclaimed, “Ah ha!” as fuchsia sparkles of excitement surrounded his turtle body.

In that moment, Charlie had an idea. “What if…” he said to himself, “…what if, I could be just like the sky!”

Instead of letting others provoke him into coloring his world with what THEY wanted, just what IF he could stay steady as the sky and be the final chooser of his moods, and his colorful sparkles?

That day, Charlie came up with a mood-shifting game. And for the next week, whenever he was by himself, he would practice changing his moods, and his colors, at will.