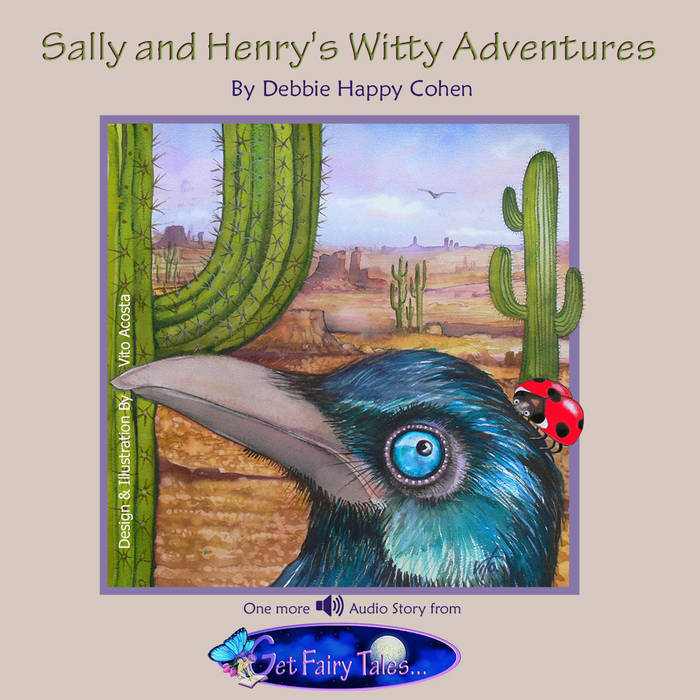 A long time ago, in a large, vast desert land, there lived a ladybug named Sally.

Now, Sally was quite a skinny ladybug because, well, there’s not much food for ladybugs in the desert.

But this particular ladybug had been living in the desert because she loved to explore new places. She’d already visited the Amazon jungles of South America, the ice cold Antarctica, and the vast, grassy plains of Africa. Recently, though, she had wanted to see what a desert was like. So she flew all the way to the Western Sahara in Africa, where there’s plenty of desert!!!

Actually, Sally found out rather quickly that she didn’t like the desert very much. It was hot and mostly sandy everywhere, and she hardly saw anyone around to have fun with. Even more than that, a few weeks earlier, upon arriving, she’d broken one of her wings in a sandstorm, and now she had to walk everywhere, rather than fly.

And so she spent most of her days trying to find shade from the blazing sun, and little bits of green here and there to eat.

One day, an eagle landed nearby and Sally thought she might hitch a ride out of the desert with him, but even with his great eyesight, he didn’t see the little lady bug. A few days later, a red-tailed hawk caught a snake near her, but the hawk flew off before she could ask him for a ride.

So, Sally came up with a plan. She noticed that every morning just after sunrise, a crow would fly to the ground right underneath the branch of the cactus where Sally was living. And she decided that the next morning, she’d be ready to jump right on the crow’s back, as soon as he landed.

And that is exactly what she did.

Well, what’s interesting is that crows are magical creatures, and this particular crow—Henry’s his name—could sense things even more powerfully than other creatures or crows.

So, when Sally landed on his back, Henry immediately said, “Hello, ma’am, what’s your name?”

Sally was so startled, she almost fell off!