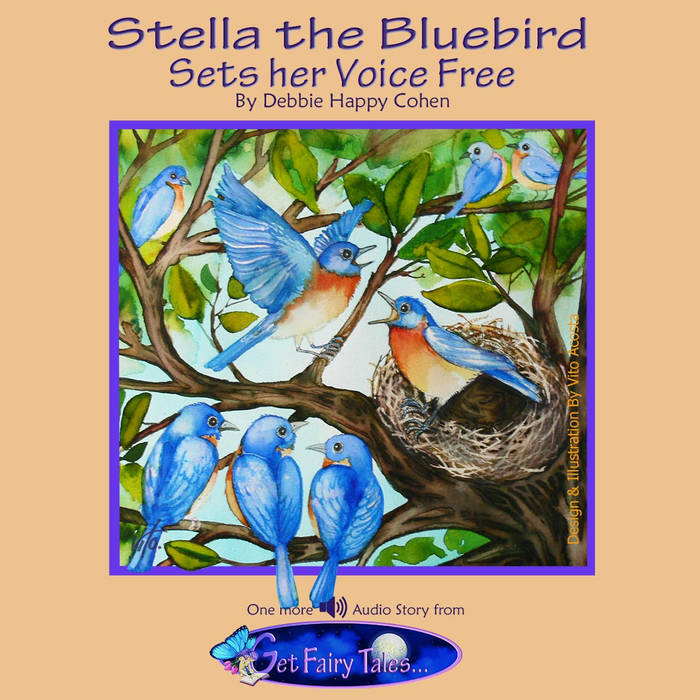 Once upon a time, a very special bluebird was born. She entered the world on a particularly cold and bright springtime morning, when the snow still sat on the ground, not quite ready to melt.

And the first thing she did, this tiny baby bluebird, was open her little beak – and sing!

However, her mother who was busy feeding her babies the worms and things she’d caught that morning said, “Hush now, it’s time to eat.”

The babies’ beaks all opened, ready to receive their first meal. All except for Stella’s.

As soon as she opened her beak again, her singing voice sang out again. And, my friends, it was a very beautiful voice indeed.

“Hush, hush,” her mama repeated. “Go ahead and eat now.” And Stella ate.

And then she sang again.

Her voice was so melodious and had so much magic in it that the nearby birds and animals drew close.

“I said, hush now, Stella.” Her mother had never raised a bird like Stella before, and in an effort to protect her babies from too much attention – other animals could be dangerous – she gently sat on top of Stella, muffling her voice so that it would not carry so far.

It was a very strange and awkward way to raise a baby bird, but a Mama bird’s gotta do whatever she’s gotta do… right?

The problem was that Stella began to believe that her voice was a problem. And although she continued to sing her song, she sang more softly each and every day… so that by the time she was a grown up, her song had become almost a whisper...


To continue the story, press play!